“I found the ASIST training really useful and it has made me for less worried about talking to someone wanting or thinking about ending their life.” 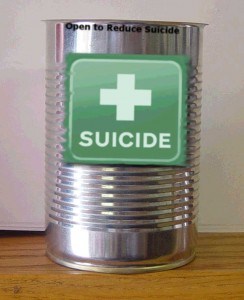 On-going research continues to best establish which suicide interventions are most effective. To date, we have the evidence to show that ASIST does give care-givers the skills and confidence to put an intervention in place. Recent evidence has also shown that for Crisis Workers on helplines, the ASIST approach is effective in saving lives. But we feel at Forward For Life and Common Unity that there is nothing more convincing than direct narratives from those on the ground who have been trained in ASIST.

So we asked the delegates who had been on our training whether it had been effectively employed in their day to day work – and this is what they said.

“I used the ASIST training (2014) with one of my female offenders. She came for her usual appointment and was stating that she felt the world was coming in on her. She has a diagnosed Personality disorder but the Mental Health teams were not engaged with her. I completed the ASIST approach with her and although she had no plan in place we still looked at reasons to live and reasons to die. I drew a safe plan up with her and agreed with her that she would give me 24 hours.

I referred to Mental Health teams for an assessment gave them all the information as to what i had done thus far for her and insisted that she be given an appointment as early as possible. They assessed and discharged but now have PD team involved and Forensic Mental health team.
Most importantly my client, now feels that she can cope with the interventions I am putting in place with her and has another support network beyond her time with me.”

“I have been supporting a lovely 17 year old student during her restart year after suffering a breakdown in her first year. She was very up and down and felt she was very open with me and we had a good relationship. However a few weeks ago after stockpiling medication took an overdose, telling me later she hardly remembered taking them. She woke feeling dizzy and told her sister who called 999 and thankfully her life was saved. I was very shocked but so relieved when she came to see me, still low but happy to be still here.

My ASIST training (2014) with Terry and Caron from Forward For Life and Common Unity helped me to say the right things, to agree a safe plan to which she agreed and to signpost more help. She came to me as a friend and mentor and I thank god I had the ASIST training to help her.  She is now having much more help and bipolar disorder is suspected

“I found the ASIST (2013) training really useful and it has made me for less worried about talking to someone wanting or thinking about ending their life. I have used the training in a telephone call in a previous job with someone who was suicidal and had the means and a plan of how they were going to end their life. Because of the training i didn’t panic but listened to the person for quite some time before identifying some things that he wanted to live for. I talked to them about these and arranged for them to see their GP. I got them to agree to see their GP and ensured that they were seeing a friend that evening, I also arranged to call them the following day to check in and see how they were. When i spoke to them the following day they were so grateful and said that if it hadn’t been for me listening to them and caring about what happened to them, they would have killed themselves the previous day.

I’ve also used the training in my role as a counsellor – I’ve used it on a couple of occasions with clients who had been having suicidal ideation although they weren’t actively planning to kill themselves. On both occasions the clients found it helpful to be able to talk through their feelings with someone who just wanted to listen.”

“I have had to put into practise ASIST on 2 occasions since completing our training in April 2014, and all I can say is that I felt prepared for both situations. Both situations were totally different, as one was for a member of staff and the latest situation was a Yr 11 student on the last week of term.

The member of staff was directed to me for support/off load, and with the guidance from our training I was able to ask the right questions which lead to a safe plan and contacting the member of staff’s partner, and making an appointment at their Dr’s.

With regards to the yr. 11 student, with whom I had worked in the past due to self harming. I could see a difference in attitude than previously, which gave me the push to ask if they were thinking of suicide and what appeared to be relief when I asked the question she told me “yes” and told me how she wanted to end her life. Again I don’t think I would have been so direct with my questioning if I had not attended ASIST. I have now in place, support whilst she is at school completing exams. Parents are on board too, contact numbers have been given to the student and parents and CAMHS aware and updated.

On the day of her telling me that she wished to end her life, we managed from not wanting to tell anyone, to agreeing a safe plan for the next 24hrs until we got everyone on board.”

“If I had not had the ASIST training (2014) with Forward For Life and Common Unity I would not have had the confidence to give support to two people.

As a result of the training I was able to sit for an hour and a half with a man who had tried to commit suicide to work through some of the processes he had undergone. When I arrived he was not able to sit up and was in coherent and in tears. By the end of the meeting he was able to sit up and talk rationally with me about the events leading up to the attempt.

In another case the training gave me the ability to talk with a lady who admitted to me that she had contemplated suicide having been sexually harassed. The training gave me the confidence to support her. I have been able to assist her to see that her feelings of worthlessness and guilt coming out of the harassment were understandable and that what had happened was not her fault and she should not listen to her negative thought about concentrate on the positive ones.”

Company Director (Health and Well Being)

“Representatives from our organisation undertook the ASIST training (2013) for our management and support workers and we have been able to put the training to use straight away and have supported young people.

One Saturday morning after an incident on the previous night, myself and a colleague were able to help this young person in crisis who confirmed to us that they had felt suicidal for a long time but no one had noticed before. Without the training received, suicide would have continued to be a subject that we as a team felt was taboo – but now have the confidence to ask questions and give support.”

“Fortunately, I have not had to use the skills and approaches learnt during the 2 day ASIST course (2013) with Forward For Life and Common Unity.  However, attending the ASIST course has benefited me in other ways, such as helping people who are feeling low, going through bereavement, depressed, and generally feeling down.

I highly recommend this both serious, and yet enjoyable course, as it helps in understanding a person’s deep-rooted misery, teaches essential techniques to stop a horrific tragedy, and enables wider awareness to further support, at risk and vulnerable individuals.  Delivered in an engaging and interactive way, the ASIST course clearly meets it aims.”

“I found the ASIST training engaging, the facilitators from Forward For Life and Common Unity were skilled in approaching such an emotive and sensitive subject with essence of humour and reality. I’ve become a supporter of their work and endorse their invaluable training.”

For further information on the ASIST training we provide go to > www.forwardforlife.org/our-training/the-asist-approach/

If you want to learn the skills that can someone’s life who is thinking about suicide. Then please get in touch with us.