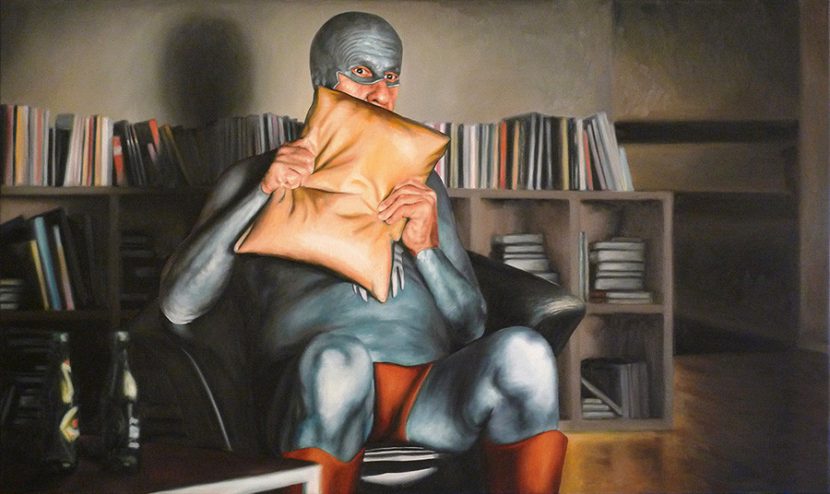 One of the biggest fears around suicide is our fear of asking about it.

When I first started running my own company working in the field of suicide prevention, my youngest child would find it hard to get his head around what I did. After seeing "The Incredibles" and the scene where Mr. Incredible saves a mans' life from jumping off a tower block, he thought that's what I did. It was hard for me to tell him the truth…after-all, every Daddy wants to be a super-hero…or at least a rocket scientist…and I am neither.

It was late 2015 when I found myself sitting on the BBC Breakfast Red Sofa opposite Naga Munchetty. I had been called up last minute.com to sit alongside a young Dublin chap named Jamie Harrington who at the age of 15 walked over to a man standing precariously close to the edge of a bridge and asked him "Are you O.K?" The conversation between Jamie and the man led to that man stepping back from the bridge and being alive today.

When I talked about the importance of talking to people who may have suicidal thoughts, Naga said "but you're a specialist?" – this is even in spite of the very fact that the young man sitting next to me that morning, who was not a "specialist" had, just through the means of a conversation saved a mans' life.

Day in, day out I engage with articles, reports, reviews, research and all manner of suicide related social media messages in a range of formats to keep myself up to speed with what is happening in the world of suicide prevention – after all, it's my job. But preventing suicide is not something that requires a "specialist" knowledge. It is not rocket science and should never be touted as such. It is not just something that sits squarely in the domain of the academic world nor the clinical world…It is however, something that needs to sit squarely in the domain of the real world not to be sidelined as an oddity, a rarity or seen a result of individual deficiency. It is not about the individual and their problem – it is about society and our fear of the challenge of suicide.

So, these are the facts as I see it:

3) Be straight up – Skirting around the edges of the possibility of suicide in a fluffy and non-direct way will mean that most people with thoughts of suicide will not open up. They will instead see you as playing no role in their final decision around suicide – therefore, we need to say it as we see it. We need to be direct and get to the point, after all a life may be at risk here.

5) You are not there to fix them. Many people with thoughts of suicide, given the time, the space and a non-judgmental opportunity for open dialogue will find their own solutions in keeping themselves safe. They just need a supportive hand to make their solutions come to fruition.

6) Suicide is everyone's responsibility – For a second, forget all the statistics about people with suicidal thoughts and the likely-hood of them being in touch with mental health services, criminal justice, Doctors etc…. Just hold onto this statistic – 100% of all people that take their own life lived in a community. Therefore…it's down to all of us. Simple.

7) We are not super-heroes, nor rocket scientists – and nor do we need to be.

If you are concerned about somebody or you are struggling and need someone to talk to then contact Samaritans – Telephone: 116123